You see “equal opportunity employer” a lot in businesses that you frequent. It seems pretty straightforward, right? Everyone gets a shot at employment and nobody is discriminated against.

It’s a little more complicated than that, though. It’s important to understand what an equal opportunity employer is so that you can spot when a company isn’t holding up to its promises or breaking the rules.

We’re going to take a look at the idea of an equal employment opportunity today, giving you some insight into what it is and how it should work. Let’s get started.

What Is an Equal Opportunity Employer?

Equal opportunity in the workplace occurs in a couple of ways. There are a number of laws and regulations that prevent organizations from discriminating against individuals in the workplace.

The Equal Pay Act of 1963 establishes the first push toward equal opportunity in the workplace, making it illegal to pay men and women different wages for the same job. That Act also criminalized the act of retaliation who files a discrimination complaint against you.

In other words, you can’t punish someone for speaking out against your malpractice and discrimination. Shortly after, the Age Discrimination in Employment Act added protection for people over 40 in the workplace.

There are numerous other civil rights acts that benefit individuals in the workplace.

The Equal Employment Opportunity Act of 1972 gives the EEOC the power to sue businesses or organizations that are believed to have discriminated based on a number of factors. Those factors include race, color, sex, religion, national origin, political beliefs, and familiar or marital status.

There are a number of Equal Employment Opportunity laws that are monitored by the Civil Rights Center and The Office of Federal Contract Compliance Programs.

These laws are often referred to as “EEO” laws. These two watchdog organizations are able to monitor both companies that receive Federal funding as well as those that hold federal contracts of any kind.

In a sense, these organizations prevent government assistance or support from being used by discriminatory businesses. That said, the equal opportunity act has some limitations.

Organizations that employ less than 15 employees are not exempt from these restrictions, but there isn’t a mechanism of action to monitor them. In other words, they might discriminate unbeknownst to the government unless someone reports them.

Exceptions made for these small businesses are the focus of some advocacy groups and organizations. We may see those exceptions eliminated in the near future.

Managing Your Commitment to Equality

Now, there is a lot that goes on behind the scenes in the hiring process. Many businesses do discriminate but do so in a way that prevents them from being caught or reduces the suspicion.

That’s setting the bar very low. Instead, the equal opportunity definition should include those businesses that make a marked effort to increase diversity and welcome individuals with different life experiences.

When you’re looking for an Indeed employer and you see “equal opportunity employer,” be sure to do a little extra digging into the company before you’re sure that’s what you’re getting.

Making a lasting commitment to equality requires that you keep it in mind at all times when you’re searching for new candidates. The difficult thing is that the process might be informed by different biases from your staff, yourself, and the general atmosphere of the business.

Bias is something that we all have, and it can be a challenge to break through it.

Hiring equally requires that you always pick the qualified candidate, and you also have an open mind for the qualifications candidates with diverse experiences. Maybe someone has lived in a different country their whole life and they’re applying to work for your business.

If you’re not sure about any of their references or past experience, ask them about the experience to clear it up for yourself. You might find that they’re well-qualified for your position, but you just didn’t understand the nature of their experience.

A good indication that a business holds itself to standards of equality is its equal employment opportunity statement. These statements aren’t required by law, but they’re a good indication of the company’s dedication.

A business that does discriminate or isn’t open to diversity won’t likely give a statement on their website and job listings. As it’s not a requirement, there isn’t a mandatory way to write or present this statement.

You can write your own and post it wherever it’s relevant. The statement should include that you follow the guidelines of The Civil Rights Act of 1964, The Equal Pay Act of 1963, The Age Discrimination in Employment Act of 1967, The Americans with Disabilities Act of 1990, and The Genetic Information Nondiscrimination Act of 2008.

Beyond that, you can say that your business doesn’t discriminate against the personal factors previously listed in this article. If there are difficult activities in the position that require a certain amount of strength or mobility, the use of different limbs, or special factors, those are things that should be noted in the job posting.

If it’s the case that certain disabilities prevent a person from conducting the work of your position, make sure that look through the legislation and see what the rules are in that situation.

It’s a fact that some positions require different things, but there are a lot of cases where stereotypes and false ideas have led to discrimination in the past.

There’s a lot more to learn if you want to be an equal opportunity employer. In some sense, it’s a commitment to equality and diversity. If you want to push it further along, though, there are actions you can take to make things more equal for everyone.

We’re here to help. Find a job on our website or explore to learn more about employment, equality, and much more. 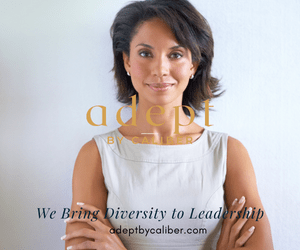 Do We Have Your Resume? Upload it in 6 Seconds or Less 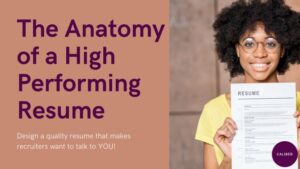 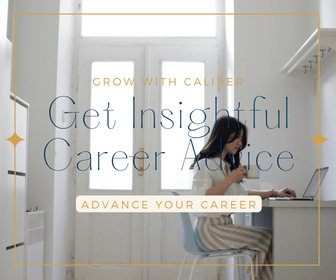